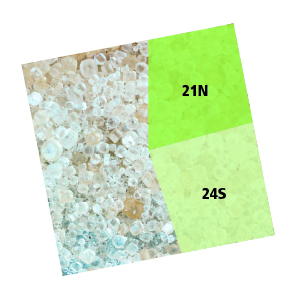 OCI Agro’s ammonium sulphate contains ammoniacal nitrogen and water-soluble sulphur. The nitrogen is entirely in the form of ammonium, which reduces the risk of leaching during wet periods. This fertilizer is mainly used in arable farming and on grassland on crops that need a lot of sulphur (e.g. rapeseed and potatoes). In Southern Europe and outside Europe, ammonium sulphate is often used as a fertilizer for citrus fruits, coffee, rice, tea, bananas, pineapples, sugar beet and soya beans. The product can be used as a single fertilizer or in blends. We supply two different ranges of ammonium sulphate: crystalline and granular. The difference is in the size of the granule. The crystalline range is the smallest type of granule, the products being AS-Crystal and AS-Standard. The products in the granular range are Granular3, Granular2 and Granular2S.

The size of the granule determines spreading properties. The larger the granule, the further and more accurately the fertilizer can be spread. It is important to adjust the spreader to the correct settings.

The speed at which ammonium sulphate acts can be characterised as average. Plants can absorb nitrate directly, whereas most of the ammonium first has to be converted to nitrate by reactions in the soil. The speed of this conversion depends on the soil temperature and the moisture in the soil. Ammoniacal nitrogen forms a compound with soil particles (e.g. clay minerals and organic material) and is therefore less liable to leach during the conversion. 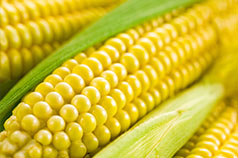 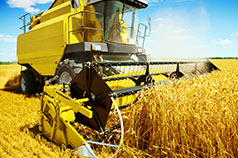